Social media demographics – which platform works for which audience? 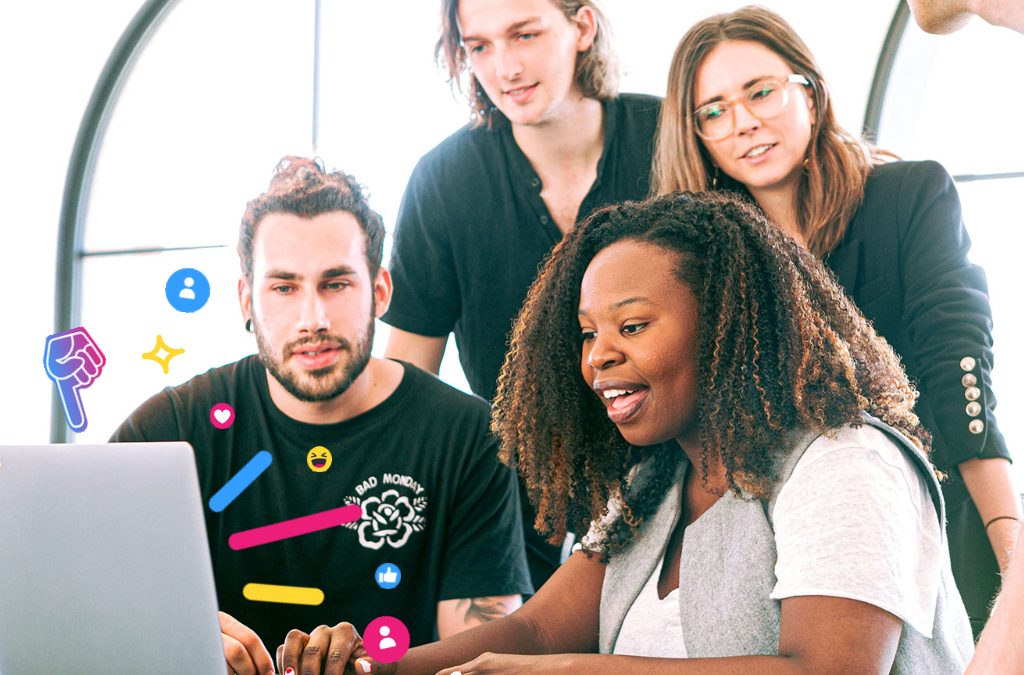 Want to know which social media platforms your target audience is on? Check out our demographics guide to make the most of each channel and ensure you choose the right one.

All of the stats are correct at the time of writing, and may change as the year goes on, but serve as a good guide to help you develop the best social media strategy.

Facebook is by far the largest social network out there and one that you should seriously consider as part of your social media efforts. Surprisingly, Facebook’s largest age group is that millennial audience, but from our experience, we know that older people (aged 45 and above) are more likely to respond to advertising on the platform.

Instagram is a steadily growing platform and is the second largest behind Facebook. The two share an advertising platform, so it’s easy to set up ads that’ll cater to both networks. Instagram has a slight bias towards a female audience, and engagement on the platform is normally higher from millennials.

A great network for breaking news and fast-moving conversation, Twitter is ideal for those that consume content in short bursts. It has an older active age group than Facebook or Instagram, but Twitter Ads are far less robust than Facebook’s, and often don’t feature as detailed targeting.

The social network for professionals, LinkedIn is favoured by older business leaders, but it can still be a valuable tool to reach out to younger entrepreneurs and workers – around a quarter of those who use LinkedIn most actively are millennials. It’s an ideal tool for B2B marketing as you can target people by job title, industry and much more.

Pinterest is more of a consumer-focused social network, and as a result, perhaps not one that you’d target on a B2B basis. However, if you have physical products to sell to a largely female audience, Pinterest’s product-based advertising proposition can be highly effective.

TikTok is by far the fastest growing social network and of course, the main home for Gen Z online. Advertising on TikTok needs a careful approach, but can be rewarding if you get it right. Alternatively, if your strength lies in video, then users spend far more time on TikTok than on any other social network, making it ideal for engagement.

While TikTok’s getting all the headlines at the moment, don’t discount Snapchat. As an advertising platform, Snapchat is great value for money and we’ve seen great success from a B2B angle, particularly when using it for Gloucestershire College and their range of apprenticeships.

Whether YouTube can be truly classed as a social network rather than a streaming service is up for debate, but it’s difficult to discount that YouTube attracts the second biggest share of internet users after Facebook. Ads are driven through Google’s platform, and while users don’t traditionally go to YouTube to research brands or products, it still remains a key place in which to reach people.

Still not sure where your business should be advertising? We can help. Our social media strategists will research the ideal audience and platform for your business, then develop ads that deliver results. Visit our services page to find out more.