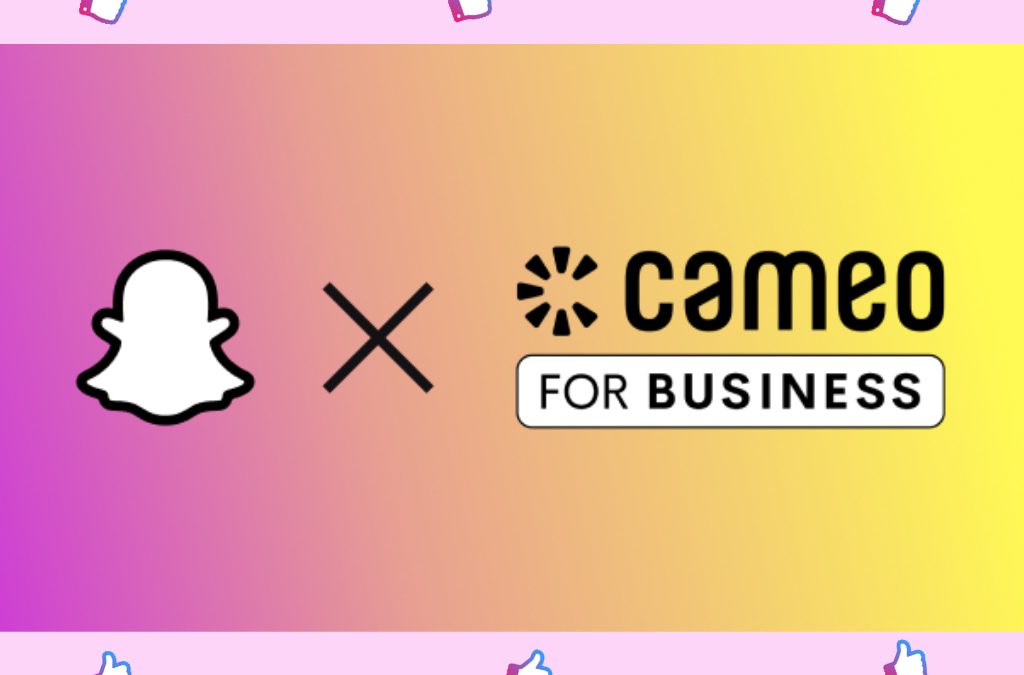 Fancy adding a bit of celebrity sparkle to your next Snapchat ad campaign? Snapchat have teamed up with Cameo, the celebrity video clip platform, to bring a bit of star power directly to your Snapchat ads.

The Snap x Cameo Advertiser Program lets advertisers pitch Cameo celebrities directly – so whatever you want to push, you can sign up a star straight from Snapchat.

Of course, each celebrity has the right of refusal, just like on Cameo itself, but ads like this can tie directly into your influencer marketing strategy – only with people like David Hasselhoff, Brian Cox or your favourite Ru Paul’s Drag Race queen at a fraction of the price of a TV advert booking.

We got thinking about who we’d book and for what kind of campaign – who would you choose for your next Snapchat campaign?

Celebrities aside, Snapchat features plenty of untapped potential as an ad platform – its cost per click is often much lower than Facebook, and if you’re targeting a younger audience, why not reach them where they’re spending their time?

We’ve already blogged about the virtues of Snapchat advertising, so give it a read. But if you’re still not sure where to start, come and have a chat to our experts – we’ll develop a clever campaign that reaches all the right people. Just drop us a line on hello@digitaladvertagency.co.uk